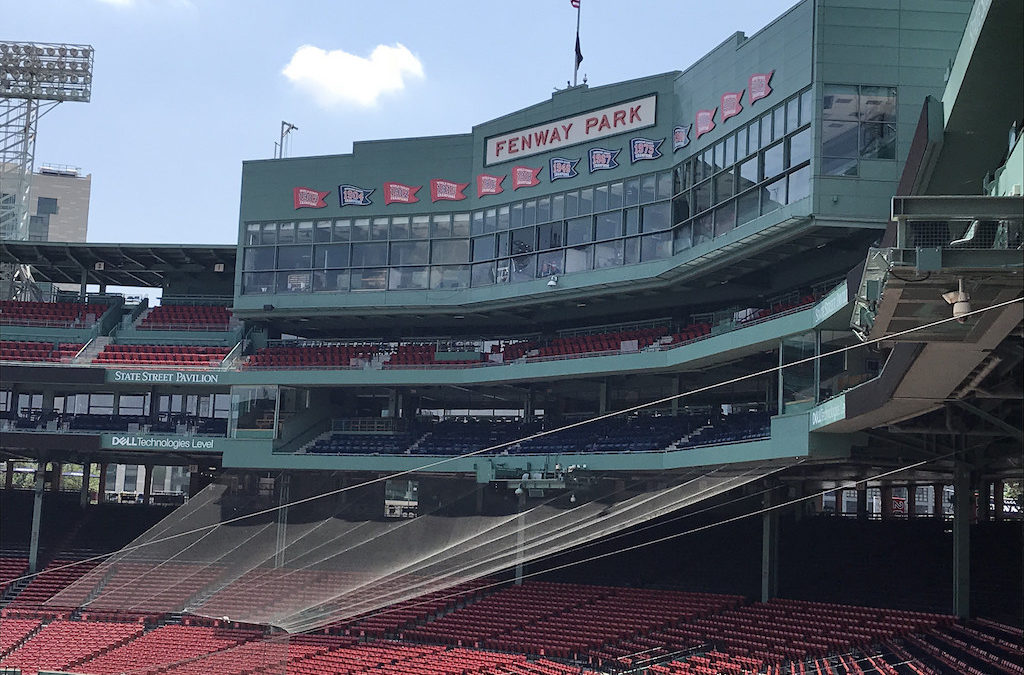 The tour begins as you plop down in the blue grandstand seats. These are the only wooden seats left in any of the major league parks, and arguably the most uncomfortable. History and tradition are so strong here in Boston that the management is willing to let your legs fall asleep during a Sox game in order to preserve an atmosphere of days gone by. Here, the seventh inning stretch is more of a necessity than a cute tradition. Your guide will take you through the decades, from construction up until the 2018 World Series victory, and by the end you will know why there is an alley between the bleachers and the right field box seats. You will also understand the significance of the "lone red seat" in right field, the ladder to nowhere, and what came before the Green Monster. 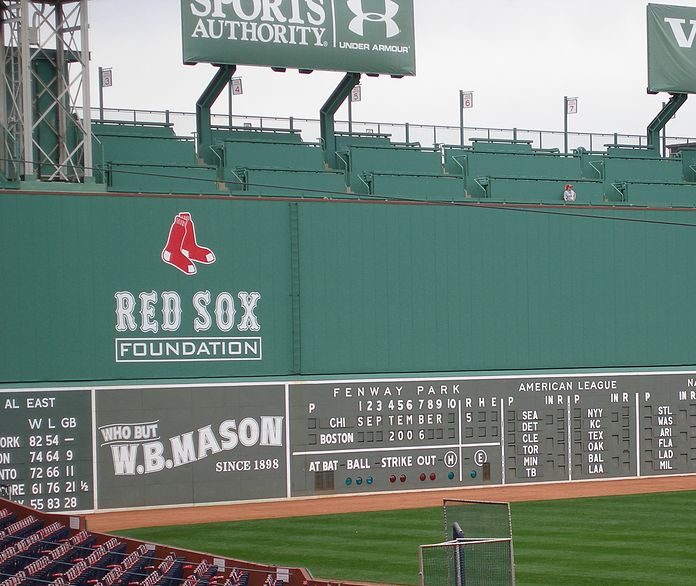 Find out about the "ladder to nowhere" on the Green Monster Photo / CC BY-SA 3.0

Of course it is... this is Boston. Just about everything has some historical significance. Although Fenway Park was build long after the colonial period, it has survived the past 107 years and is now Major League Baseball's oldest park. That alone makes it an icon among baseball fans. However, even those who only casually follow the sport will enjoy the Fenway tour. Unlike many of the modern sports stadiums of today that are built on the outskirts of town, Fenway was build in the heart of Boston, a true urban landscape. Due to the physical constraints on land availability even in 1912, Fenway has some unique quirks that allowed in to be built on little more than a city block. The most visible of these is the irregular shape of the outfield, with a deep centerfield known as 'the triangle', and short home run distances in both left and right fields.

This past summer, my son and I took a tour of Fenway Park. Although we have been there several times to see the Red Sox play, neither of us had taken the Fenway tour, where the focus is on the park itself and all of the history that goes into making Major League Baseball's oldest baseball park a national and cultural treasure.

After leaving the grandstand, you will get to sit atop the famed left field wall, the Green Monster. These seats were added in 2003, and since that time have been some of the highest priced tickets in baseball, which is a bit odd seeing that they are placed so far away from the infield. Nonetheless, if you want to see the Red Sox play from here, you will have to pay a premium, around $150 per seat. Being so close to the left field foul pole, your guide will run through the lore of that very structure, dating back to the 1975 World Series when Carlton Fisk "waved fair" the game winning home run to win Game 6 against the Cincinnati Reds. What happened during Game 7, you ask...doesn't matter. 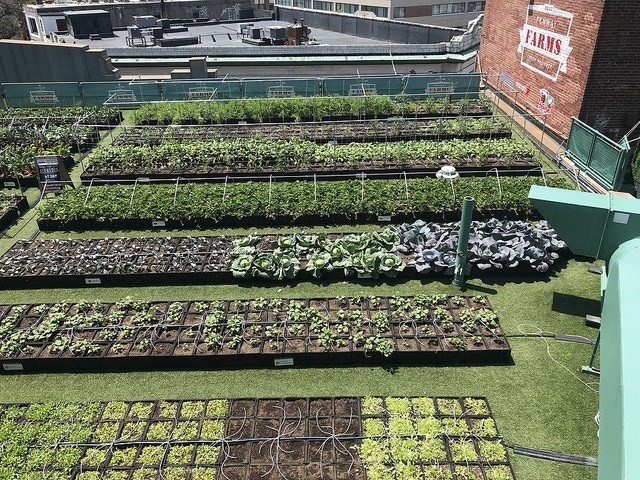 Over the years, Fenway has been home to events other than baseball. Your guide will walk you through the Fenway concert series and the big names that play here every summer. As a side note, my wife and I saw Springsteen at Fenway in August, 2012, and it was the best concert ever produced. You will also overlook Fenway Farms, the 5,000 square-foot rooftop garden that produces organic produce for restaurants and concessions within the park, and serves as a model for what is possible with urban rooftop gardening.

Finish your tour with a visit to the press box, where busy journalists and even sports bloggers post live updates to the Red Sox games and write articles for the sports sections of the Boston and visiting team newspapers. The press box offers a great view of Fenway Park where you can snap a few more photos and selfies. Your tour guide will bring you up to the present day with the Red Sox, Fenway history, and its induction into the National Historic Register. Overall, this is a great hour spent in Boston that anyone in the family can enjoy. There is not too much walking, so even toddlers or elderly folks can enjoy the tour.

Recommended Before or After

If you have time either prior to of after the tour, a stroll along Jersey Street, formerly known as Yawkey Way, is a great place to pick up some Red Sox memorabilia. The Red Sox Team Store has T-Shirts, baseball caps, and souvenirs to bring home. If you are looking for lunch or a late afternoon snack, try the Cask 'n Flagon, located on the corner of Brookline Avenue and Lansdowne Street (map). They offer pub food, kids menu, and cold Sam Adams on tap. 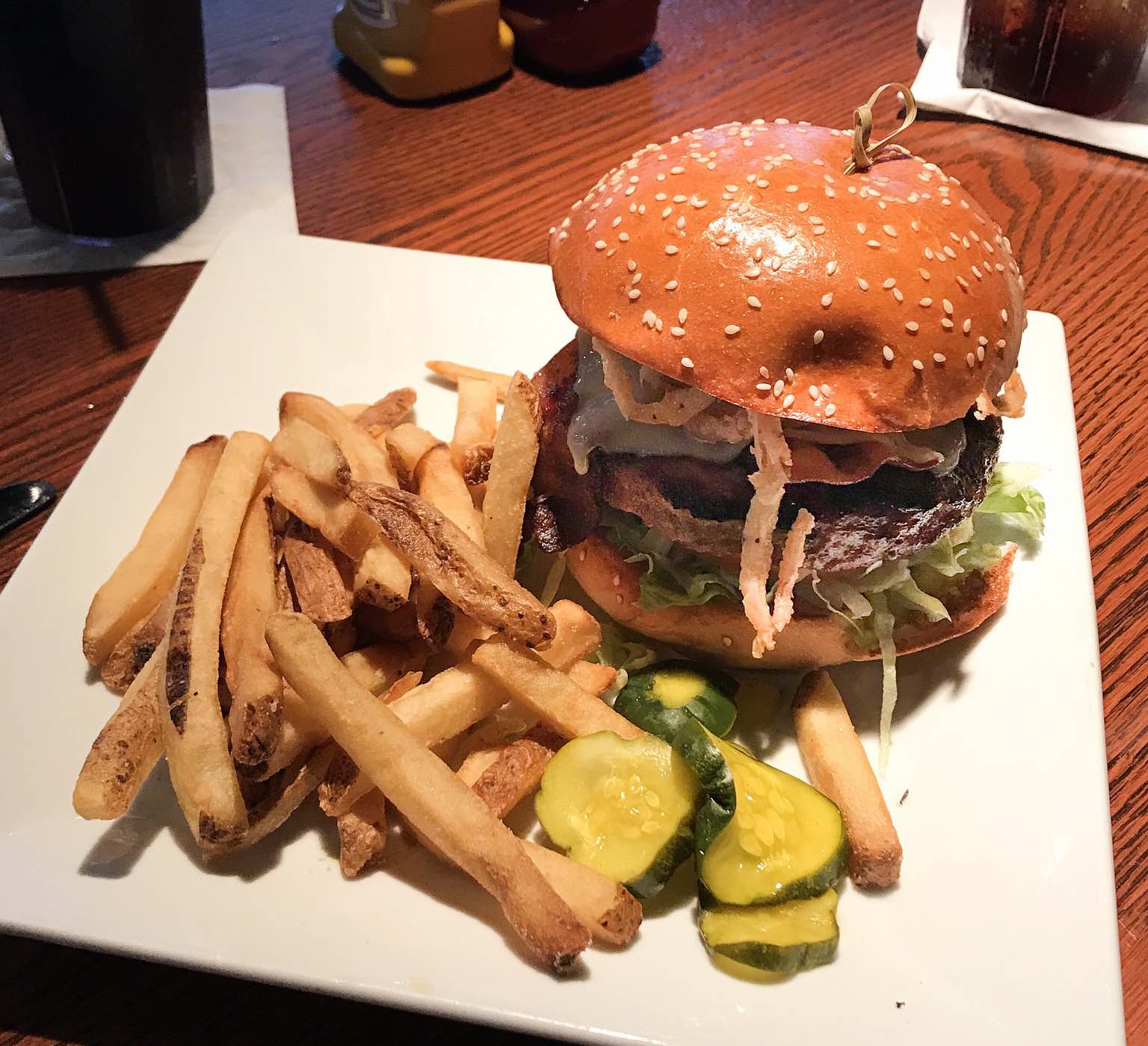 The Fenway Burger at the Cask 'n Flagon, located right outside of the park.