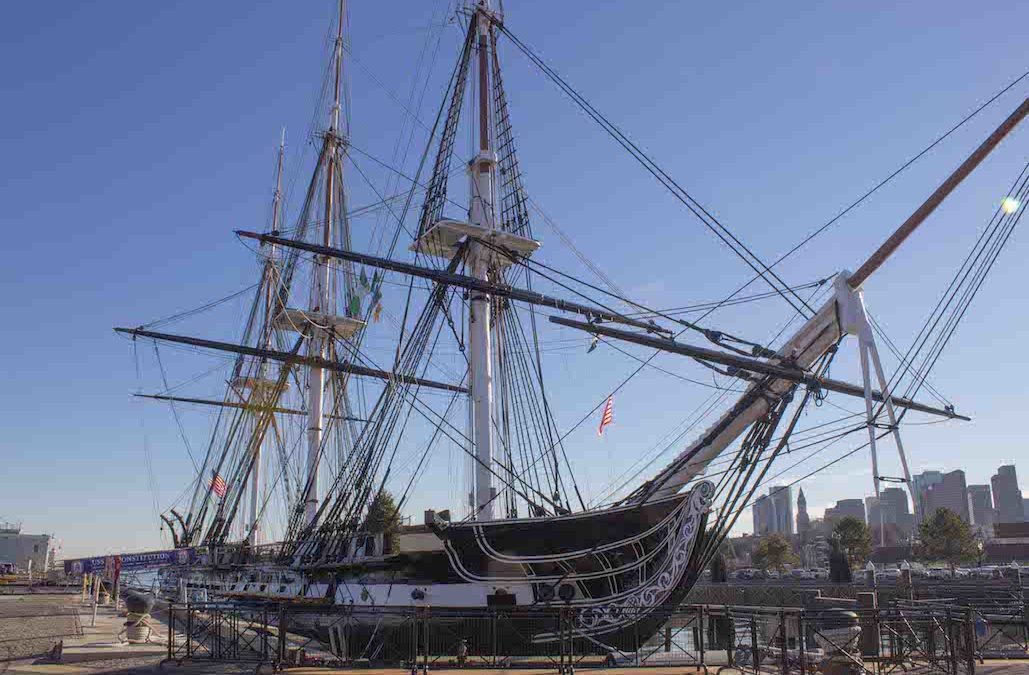 One thing about Boston is that nearly everything is historic. I recently went back into town to update some photos and decided to take a tour of the US Navy's oldest commissioned warship, The USS Constitution. Although I used to work right across the harbor from the shipyard and looked at the sailing frigate all the time, I had never been aboard her decks or heard the stories of how she survived the past 200 years.

The USS Constitution is located in the Boston neighborhood of Charlestown. On a nice day, or even a frigid day as was the case during my visit, it is walkable from downtown Boston, Beacon Hill, or the North End. Just follow the double brick path of the Freedom Trail across the Charlestown Bridge, and you will soon be at the old Charlestown Navy Yard, which was decommissioned as a Navy shipbuilding and repair facility in 1974 and now run by the National Park Service. The facility has a small museum area with exhibits on the history of the USS Constitution as well as the shipbuilding processes that were once employed at the Navy yard. Guided tours run every 15 minutes or so, and you can view some of the static exhibits while you wait.

Tours are given by US Navy active duty sailors, and begin with boarding the vessel on the spar deck (top deck). Guides talk about the history of the ship and how she got her nickname. Old Ironsides, as she is known, is a bit of a misnomer as her hull is made entirely of wood. Apparently it is very strong lumber. Strong enough to bounce cannon balls, which is exactly what happened during a gun battle with the HMS Guerriere in the War of 1812, causing a sailor to exclaim, "Huzzah! Her sides are made of iron!"

Visitors then descend to the gun deck to see her armament, and then to the lowest deck where Sailors and Marines would sleep and eat. I'm a fan of history, so touring the Constitution was something I had wanted to do in Boston for a while. But I think most visitors to Boston will not regret stopping in and seeing firsthand this golden nugget of living history. Tours are free of charge and last approximately 40 minutes. 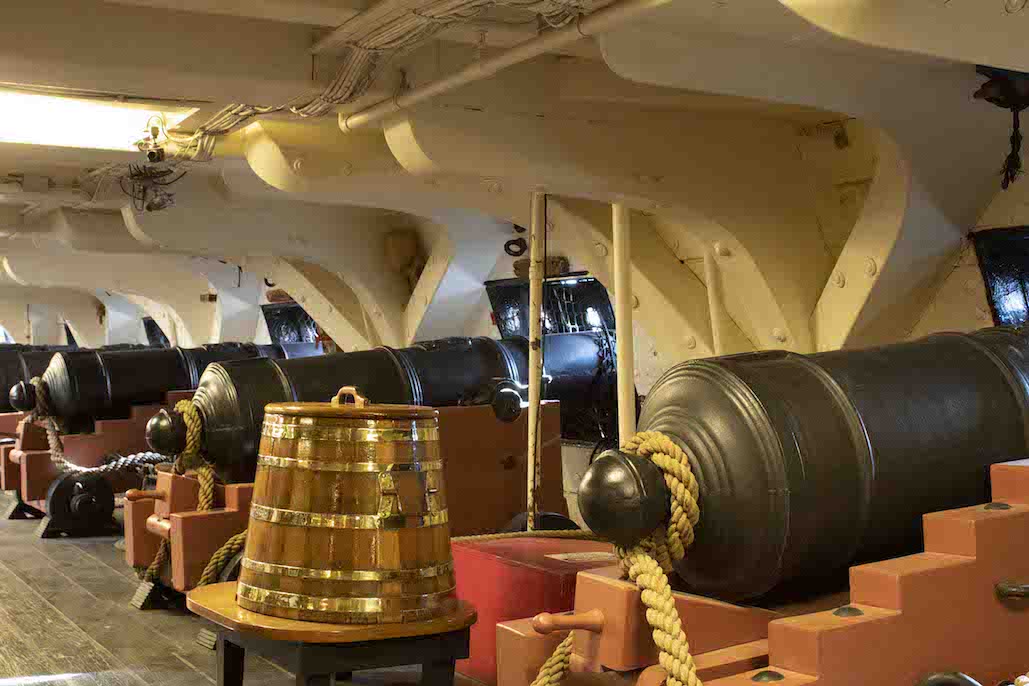 The gun deck is where the business of naval warfare took place, although the upper spar deck had almost as many. In total, she was rated for 44 guns, but often carried a few extra. 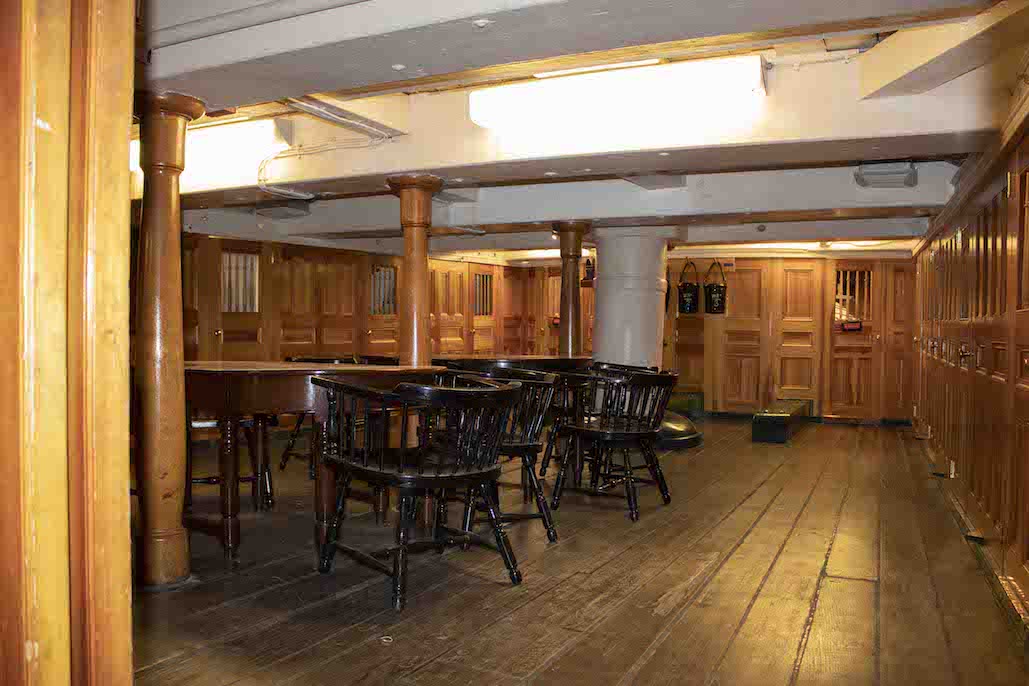 This was where the officers of the Constitution ate and gathered. The doors around the perimeter of the room lead to the officer berths/sleeping quarters. 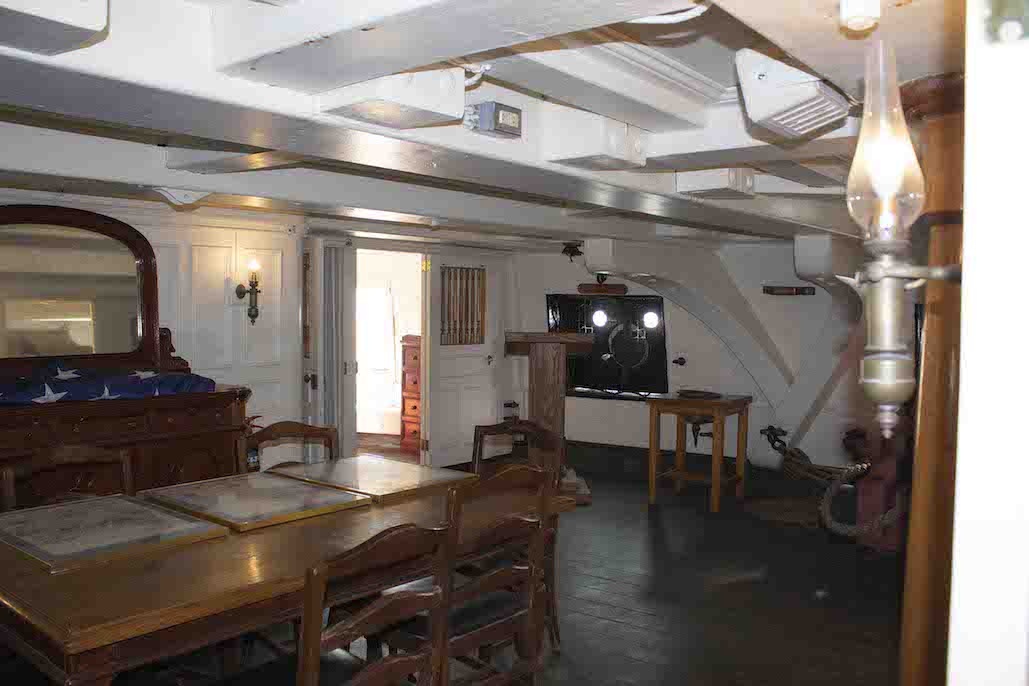 At the stern of the gun deck is the captain's private living space and office. 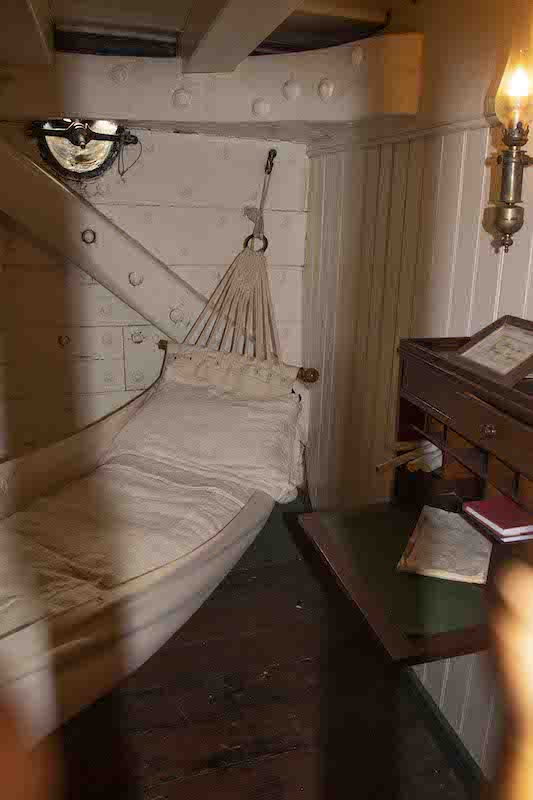 Officers aboard the ship had the luxury of their own quarters. Rooms were small, containing only a hammock and small desk, but at least it was their own.